The Top Line “Bob” L has the same footprint as the Top Line “Bob” XL, with only two thirds of the height.
Each speaker has an integrated, DSP-controlled active subwoofer with 1500 watt amplifier power.
The rest of the loudspeaker works passively, with optimal reproduction down to 60Hz.

Colors: The colors of the housing and horn can be chosen individually

our Top Line Bob L horn speakers can be upgraded in many ways for an even better music experience.

The Top Line Bob L can be converted to a Bob XL with the “Bob XL Upgrade”.

If you want to achieve even more power with your Bob L, there is the possibility to link it with our Bob L subwoofer.

If that’s not enough you can upgrade your Bob XL to a Bob XL+ which includes an additional subwoofer to the Bob XL.

The Basic Idea behind the Bob L

The basic idea was to build a smooth sounding speaker with excellent impulse response.
A horn gives a perfect adaption of the diaphragm movement to the air which then transports the sound.

We have been choosing this concept for the mid and high frequencies as it significantly helps getting accurate low level information.
The idea was not to increase the efficiency, as doing this often tends to result in a clear but
somewhat thin and harsh sound.

Also we did not use compression drivers for exactly the same reason, but spend a lot of effort into a perfect matching between horns and drivers.

For the lower frequencies we decide to use an open baffle, as this concept perfectly loads the
speakers at both sides in a balanced way.
We also choose to go for speakers with a big surface: Smaller cone area surface needs to be
compensated by excursion, which is much less linear. 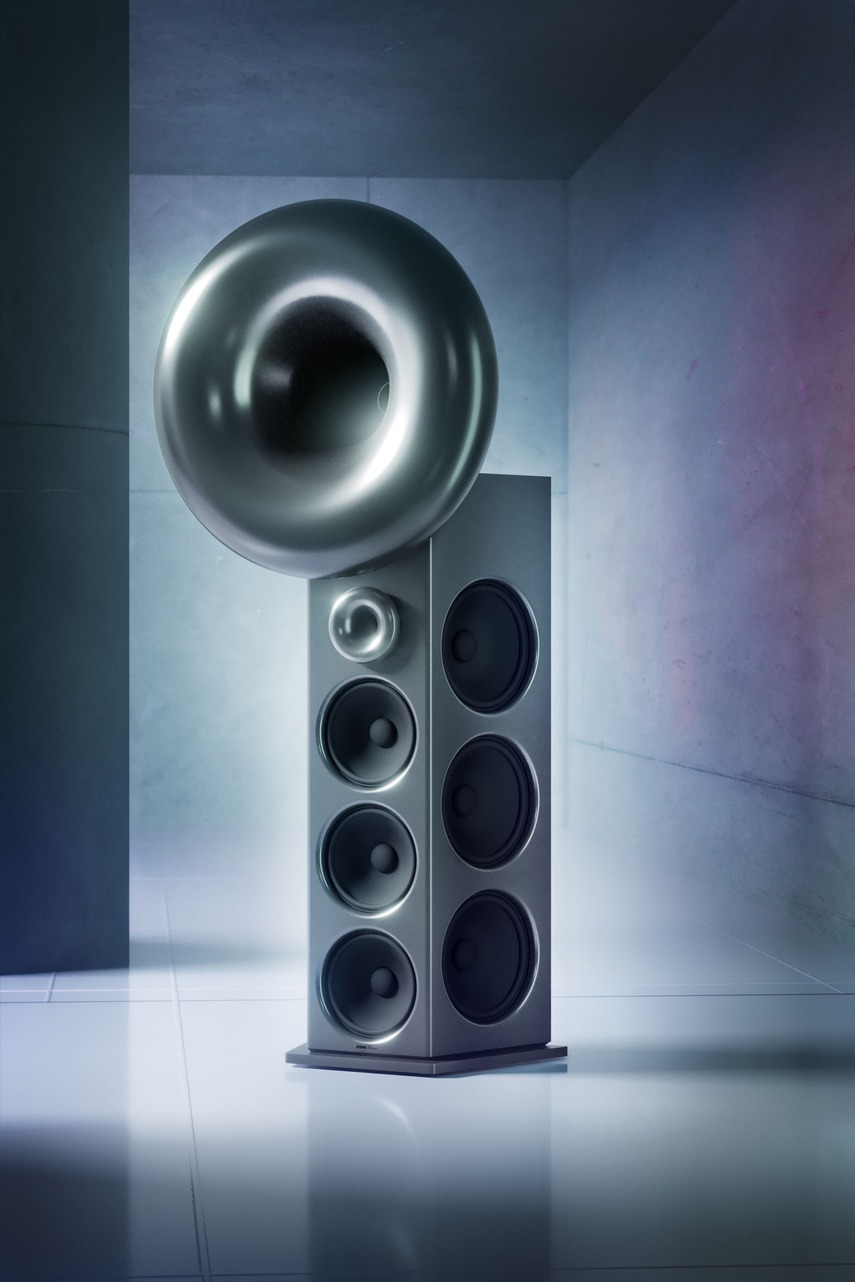 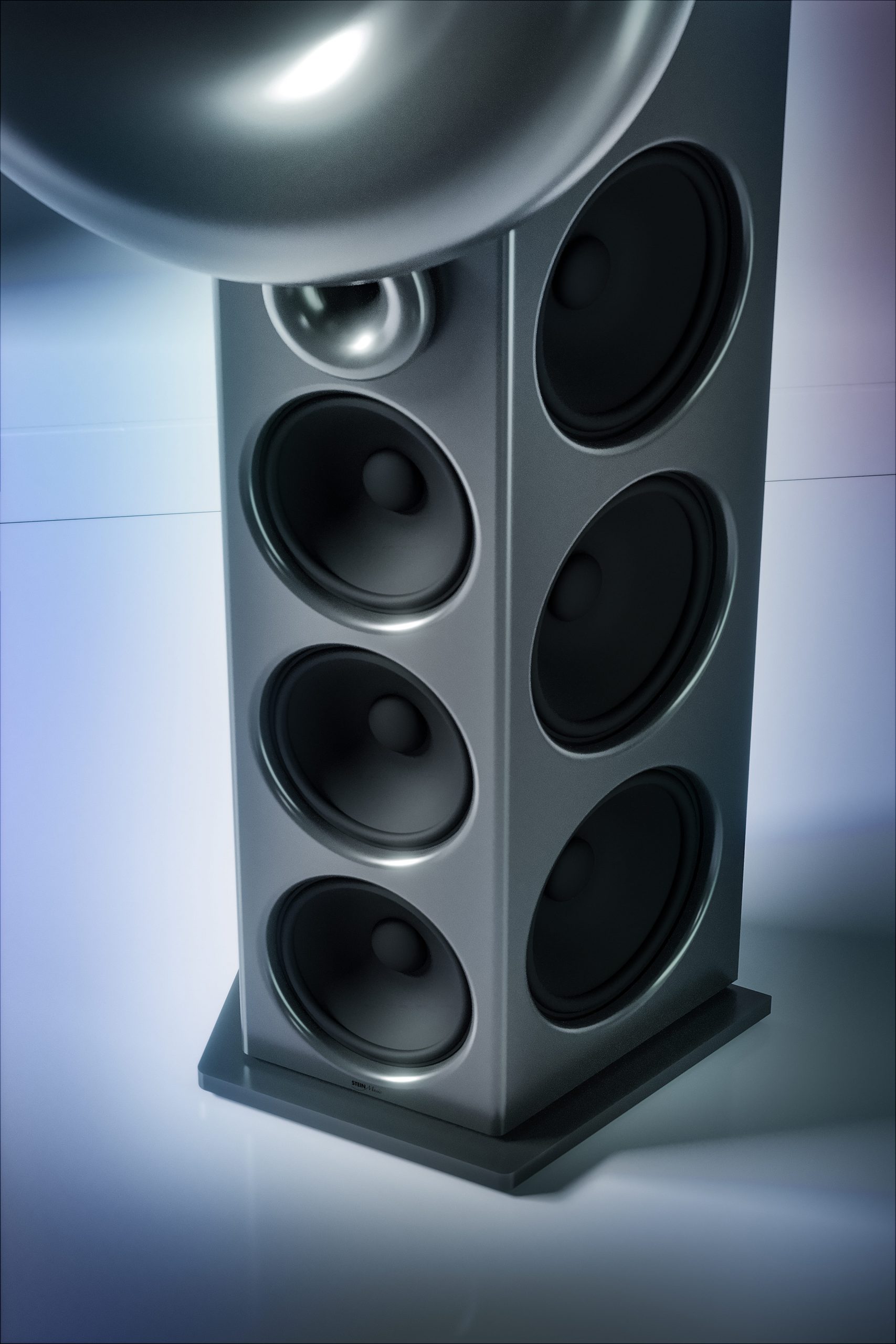 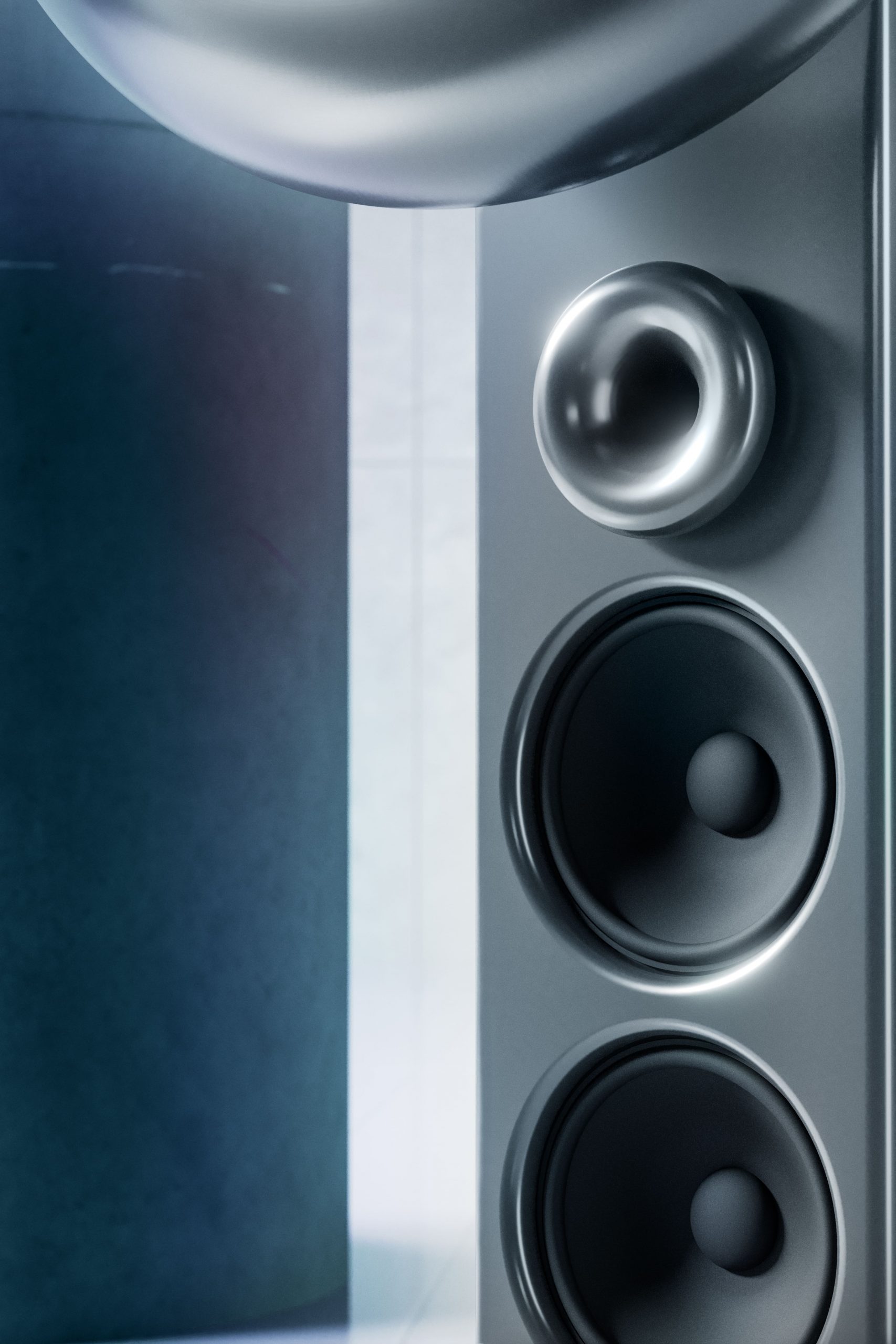 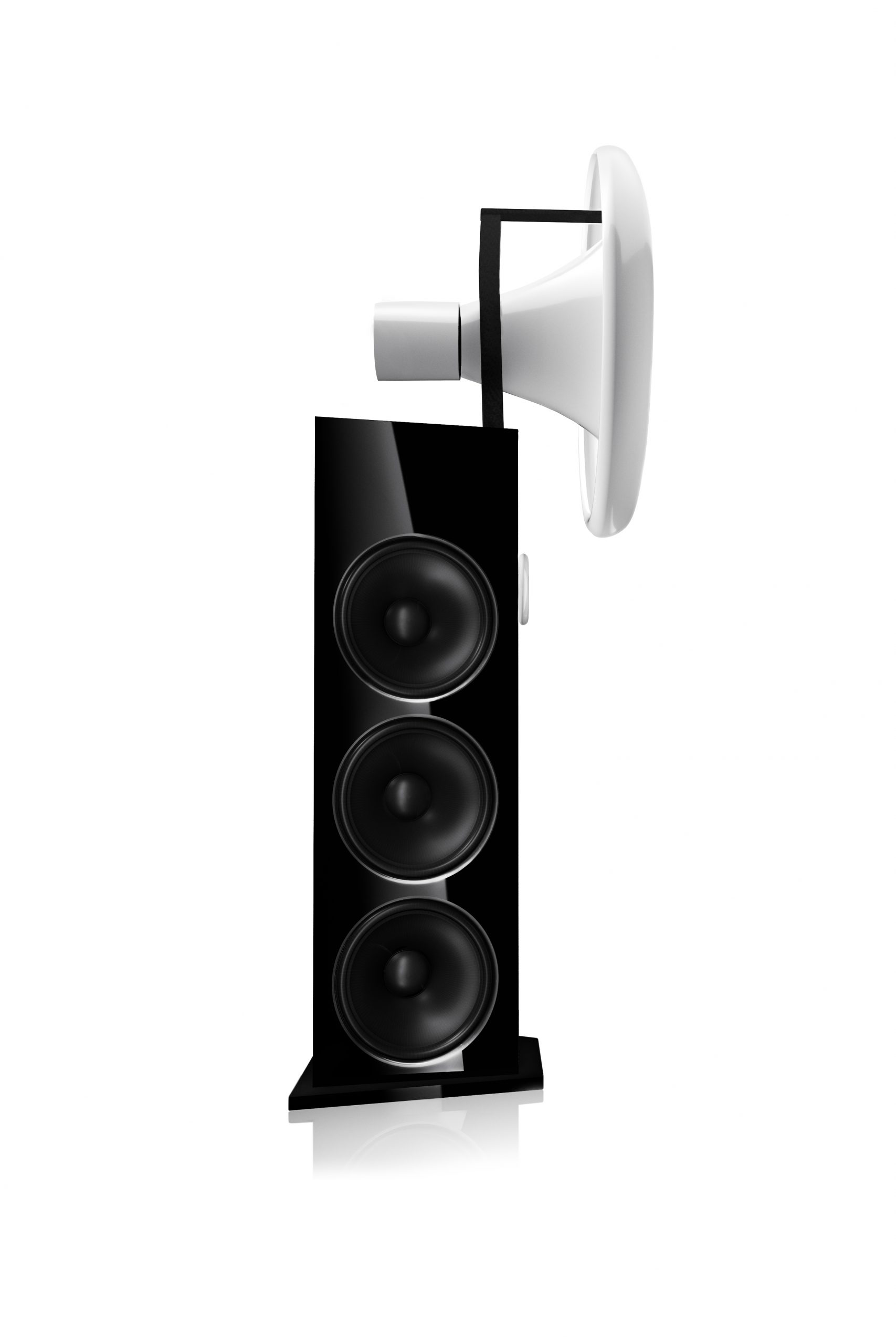 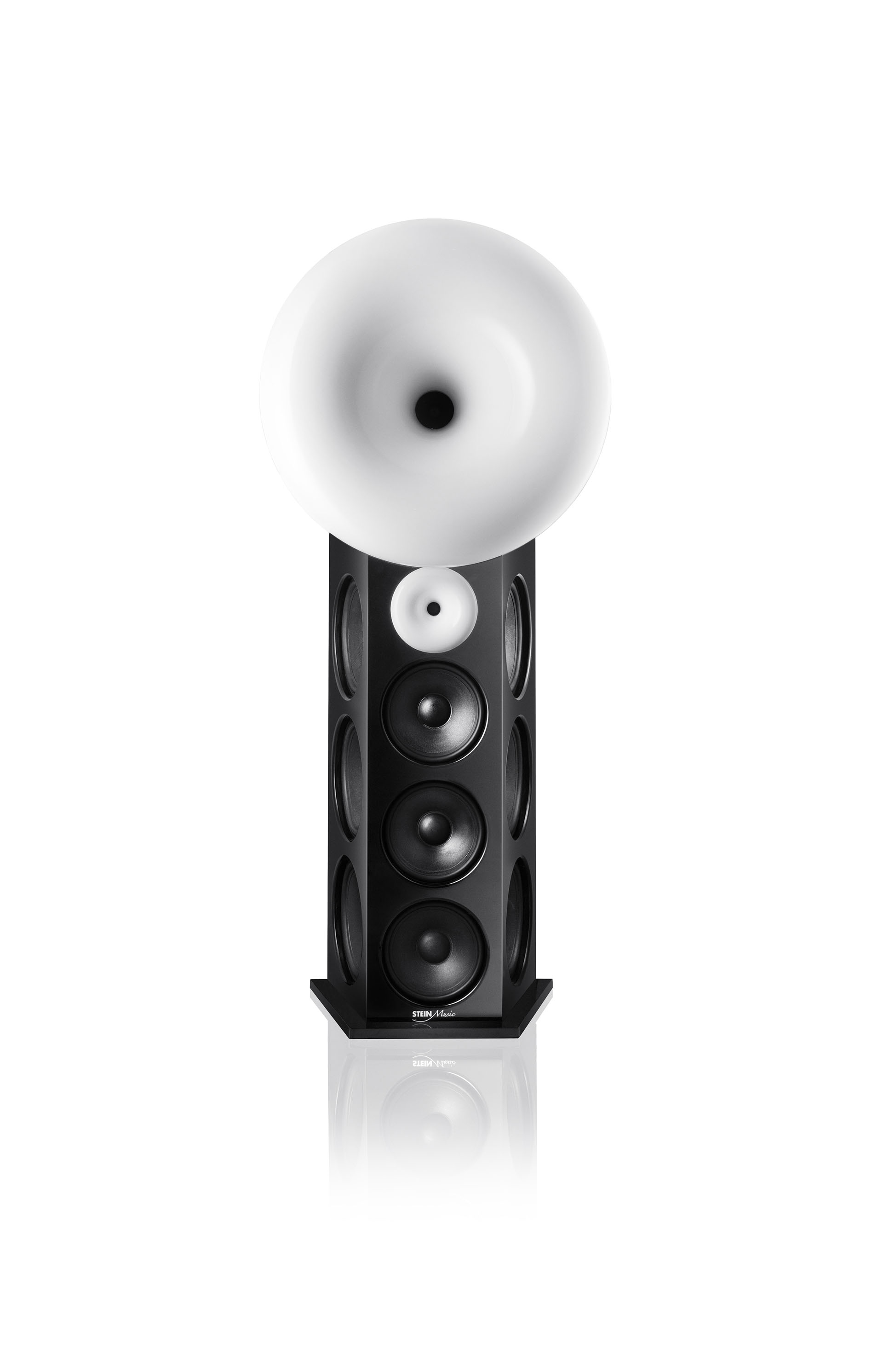 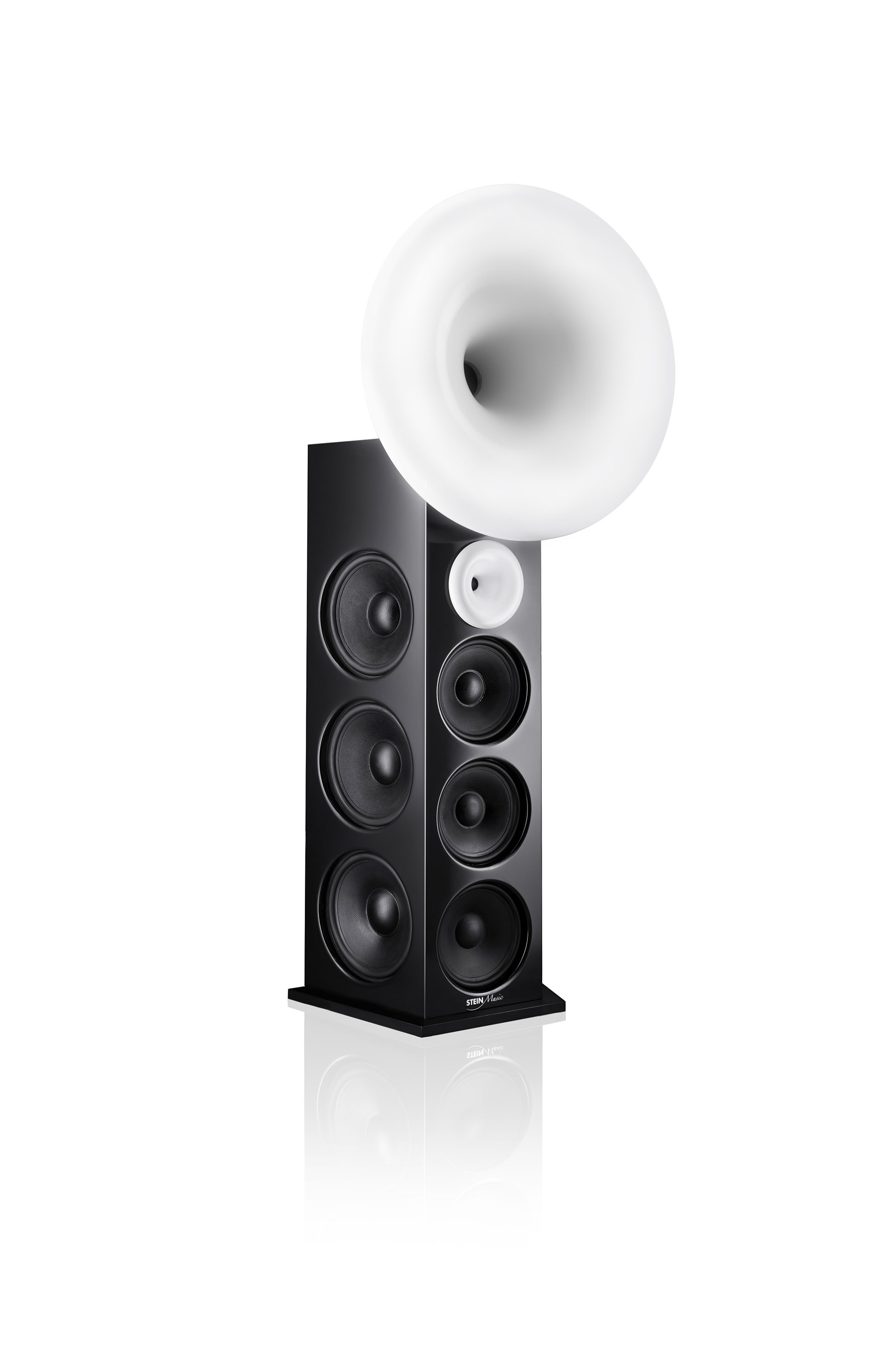 Three of the bass speakers are mounted on each side of the speakers, which gives an excellent impulse compensation and very low resonances in the housing.
Each speaker is powered by 1500 Watts in the bass section, and controlled by a DSP to
perfectly adapt the bass response to the room.

The rest of the speakers works passive, so that you may use your favorite electronics from
40Hz upwards. Only the best components are used in the crossover, and we did not only care for an excellent frequency response, but also a linear phase and a perfect transient response.
Perfect technique for us is an absolutely essential aspect.

But we believe creating devices which finally sound good need more.
For us this is an art, like building a master violin, where good skills are essential but not
sufficient.